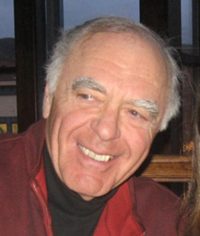 I am Professor Emeritus (with full call back) at the University of California, Irvine (UCI). I have been Professor of Psychiatry and Human behavior at UCI since 1979, and in parallel, was Chief of Research for the Developmental Research Institute, State of California (UCI affiliated) and Director of the Applied Neurodevelopmental Research Institute for the State of California. I have had extensive experience examining the influence of neuroactive factors on the brain and behavior. I was formally trained (with Lyle Miller, John Knott and Sanford Cohen) as a neuropsychologist with specialization in electrophysiology (1). However, in parallel, I had the remarkable “extra” opportunity as a graduate student to participate in studies that would change the field of endocrinology. The laboratories of my mentors, Abba Kastin and Andrew Schally (Nobel Laureate) were in an international race to discover hypothalamic releasing hormones (Schally succeeded hence the Nobel Prize in 1977) and to describe the extra-endocrine effects of many peptide hormones (2). The training I received and the opportunity to collaborate with this group extended to my time at Ohio State University and eventually at the University of California, Irvine and not only defined my academic career, but has benefitted numerous graduate students and post doctoral fellows. Our 2018 publication in the American Journal of Psychiatry (3) describing the long term effects of prenatal exposure to placental hormones on brain structure in preadolescent children illustrates my long term commitment to the study of maternal/fetal signals. The studies conducted with the previous Conte Center award and those proposed in the current Conte Center application are a logical extension of my studies of maternal signals that influence the human fetus and developing child.

I have maintained an extramural, peer-reviewed, funded research program for over thirty-two consecutive years
and have published over 330 scientific papers. During the past thirty years, I have been Principal Investigator for a consecutive series of NIH-supported studies that examined the "programming" effects of maternal signals on the human fetus, birth outcomes, infant and child development including grants to conduct imaging studies of the brain in 6-9 year-old children with extensive prenatal histories. The findings from our developmental projects include over 1000 mother/fetal/infant/child dyads (including 250 from our current Conte Center award) and over 85 published research papers and have contributed to the growing acceptance that prenatal exposure to maternal signals has consequences for neurological development and is a risk factor for poor infant developmental outcomes. This renewal application is a logical and novel extension of our Conte Center program of research to study the contribution of early exposure to fragmented maternal signals on later development with a focus on anhedonia and reward circuits in the brain.