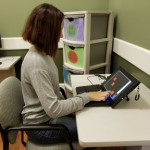 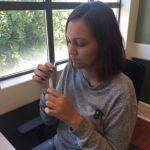 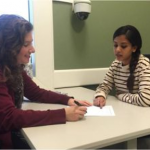 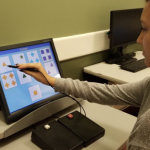 Early adversity is one of the strongest and best-established determinants of subsequent mental illness. Findings from our Center identify fragmented and unpredictable early life experiences (FRAG), especially unpredictable signals from the mother or caretaker, as altering trajectories of brain circuit maturation and influencing subsequent mental health. Project 3 assesses a carefully characterized cohort of mothers and children longitudinally followed from early pregnancy through adolescence to uncover the mechanisms by which unpredictable prenatal and postnatal maternal and environmental signals influence neurodevelopmental trajectories that contribute to mental health and circuit development through young adulthood.

Measuring maternal sensory signals: Maternal sensory signals (auditory, tactile and visual) are assessed through real time continuous observation and coding of behaviors during a 10-minute semi-structured play episode. We quantify the predictability of these signal sequences by the use of entropy rate. This is calculated as a quantitative measure of the degree to which a future behavior can be predicted from the most current behavior. See Resources for details on coding and calculation of entropy rate.

We will determine the consequences of early-life FRAG on neural circuits and behavioral trajectories that predict psychopathology with an emphasis on anhedonia during adolescence and young adulthood. Sex-specific susceptibilities to the effects of early-life FRAG on trajectories of neural circuit maturation and emotional and cognitive functions will be addressed. Project 3 will leverage our continued assessments of a cohort of mothers and children followed from the prenatal period to investigate FRAG as a novel risk factor that advances our understanding of the processes by which early experiences shape trajectories of neural circuits and behaviors contributing to psychopathology.